Snickerdoodles are a classic cookie. They are basically a sugar cookie rolled in cinnamon and sugar, but with the added twist of cream of tartar. Cream of tartar is an acid that is a by product of wine production you can find it by the spices in the grocery store.  It gives snickerdoodles their characteristic tang. Most snickerdoodle cookies end up “cakey.” They are fluffy and not super chewy.

I prefer my cookies to be chewy and I set out on a mission to create a snickerdoodle that is chewy without sacrificing the amazing tangy flavor of traditional snickerdoodles. Turns out it takes two things to make them chewy. The first is to replace some of the white sugar with brown sugar. The second is to not be skimpy on the sugar. This recipe uses a full cup. Any less and the cookies do not spread well in the oven and they end up more cakey than chewy.

Using an electric mixer or stand mixer combine butter, brown sugar and  1/2 cup sugar. Beat until well combined (about 1 minute.) Add the egg and vanilla and beat again for 1 minute. Mix flour, cream of tartar, baking soda and salt. Add to Butter and sugar mixture and mix until just combined. You do not want to over mix the dough.

Cover and chill the dough in the refrigerator for at least two hours, or 30 minutes in the freezer.

Preheat the oven to 350 degrees.

Place coated dough balls on a parchment lined baking sheet and bake at 350 degrees for 12-13 minutes. Allow the cookies to cool slightly before removing them from the baking sheet. Serve. 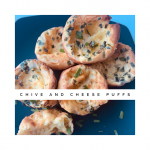 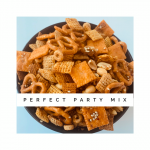