This episode is all about salt. What are the different kinds of salt? Where do they come from? When do you use a specific kind of salt?

This is a refined salt mined from salt deposits left in the earth when it was covered in water. The salt is mined and then chemically refined to remove any trace minerals and impurities. It is NaCl and often has an anti-caking agent added. Because of the anti-caking agents it technically can expire or go bad. Iodized table salt has had an iodine solution sprayed over it. I use this salt in baking because it is easy to measure accurately and dissolves quickly.

This salt is also a refined salt that is mined and refined but the grains are lighter with a larger surface area. It was originally used to Kasher meat to make it Kosher for Jewish dietary laws. There are different crystal shapes of kosher salt. Some are flat and others are conical, or shaped like a pyramid and have a slight crunch. It is important to note that different brands of kosher salt have different volumes. If you are using kosher salt, you will want to measure by weight and not volume.

Salt labeled as “Sea Salt” that is pure white is refined sea salt. It has been chemically refined to remove minerals and impurities. It often has anti-caking agents such as dextrose added to it. It is important to remember that all salt at some point was “sea salt.”

This salt doesn’t actually come from the Himalayas. It comes from a salt deposit near the Himalayas in Pakistan. It get’s it’s pink color from the trace minerals that are in the salt crystals.

This salt comes from a salt deposit in Utah. It get’s it’s red color from trace minerals that are in the salt crystals. In the United States it is often found under the brand name, Real Salt. It has little red flecks in it that do not dissolve and can feel gritty in your mouth. If you use it in something like a soup you will likely find a little residue at the bottom of the pot.

This is my favorite salt. Celtic Sea Salt is a brand name.  I used it for all but the baking recipes in my cookbook. It is grey in color and has 60-80 trace minerals. It is harvested from sea pools in coastal France. The sea water evaporates on the clay shore and picks up minerals from the clay. It comes in two textures: coarse and fine.

I prefer the coarse grind salt and buy it in 5 pound bags from Amazon. I like this salt because it satisfies my taste for salt with less. I am not an expert, but I believe the trace minerals make a huge difference in the way it tastes. I keep it in a small container with a lid next to my stove. The lid is very important because salt is hydroscopic which means it draws water to itself. When you are cooking the food lets off steam and the salt can draw that steam and take on off flavors. You don’t want your salt tasting like last week’s salmon.

Maldon is a popular brand of finishing salt. These salts usually have large, fluffy, grains. They are meant to be added on top of a food and add texture as well as flavor. You can get all different kinds of finishing salts in all sorts of colors and flavors. Some are even smoked salts.

What Do You Do if You Add Too Much Salt to a Dish?

There are three tricks you can try if you accidentally add too much salt to a dish.

1-If it has liquid like a soup or stew, you can peel a potato and cut it in quarters and add it to the liquid. The potato will absorb some of the salt. Therefore you want to cook potatoes for mashed potatoes in unsalted water.

2-If it is a piece of meat, you can rinse it under water in the sink. This can take off some of the excess surface salt.

3-Cooks Illustrated wrote an article about how salt in foods is perceived at different temperatures. They reported that food served at 40 degrees Fahrenheit tasted less salty than food served at 90 degrees and food at 180 degrees was also less salty tasting than the 90 degree food. So, if you add too much salt, you may consider serving your food cold or very hot. 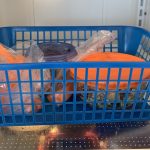 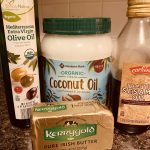