Potatoes are one of the most versatile ingredients you can buy. They are inexpensive and can be used many ways. They are a great way to stretch a protein like in my Cheeseburger Baked Potatoes.

There are 3 main types of potatoes.

Russets– “Starchy” potatoes that cook up fluffy when baked. They are the most common type of potato and are great for baking.

Yukon Gold– Less starchy, but not as “waxy” as new potatoes. They are golden on the inside and have a thin skin. I like them for deep fried French fries and smashed potatoes.

New Potatoes– Also called red potatoes. They are a “waxy” potato that hold their shape when cooked. They are great for potato salad or “steam fried” like my Frozen Veggies You Actually Want to Eat.

Then there are Sweet Potatoes (Which aren’t really potatoes, but they still count in my house.)

There are two main ways to bake potatoes.

Anytime you bake a potato it is VERY IMPORTANT to poke holes in the skin to release steam, so they do not explode like a popcorn kernel in your oven.

1-Get a crispy skin by baking directly on the oven rack.

2-Get a soft skin by rubbing with oil and salt and wrapping in foil or placing in a baking pan covered with foil.

When using sweet potatoes there are a few things to keep in mind. The first is that they take longer to bake than russets. I often start mine in the microwave for 5 minutes so all my potatoes can cook for the same amount of time in the oven. The other thing to consider is that they will release a little of their sugars from the holes you poke in the skin. It is important to have them in a baking sheet or on a piece of foil, so the burning sugars do not drip in your oven.

Cut the potatoes in planks and mix with a little oil and salt. Lay flat on a baking sheet at bake until golden. If you have convection on your oven, use it to avoid having to flip the fries halfway through cooking.

I like to use a method from Cook’s Illustrated that starts with Yukon Gold potatoes and room temperature oil in a Dutch oven. The potatoes cook as the oil comes up to temperature and then brown on the outside in the hot oil.

Potatoes are cut into ½ inch cubes and mixed with oil, salt, lots of fresh rosemary and roasted in the oven on high heat until golden brown.

My mother would make patties with leftover mashed potatoes and cook them in butter until they were golden brown on each side.

There are two things I do with instant potatoes.

1-I add them to zucchini fritters made with eggs and shredded zucchini. It makes a soft and fluffy fritter. 2-I add them to bread dough. The potatoes hold lots of water which makes a wetter dough that gets fluffy without being as sticky.

Marie Fiebach is a married mother of four active kids. She helps busy families plan and execute weeknight dinner so they can recapture a little calm in the crazy. You can see her every week on KAKE TV’s Good Morning Kakeland or listen to the Feed Your Family Tonight Podcast. 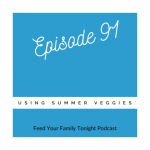 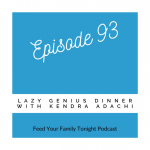