I like to do this recipe in my slow cooker. I let the broth cook on the lowest setting for 12-24 hours. The longer you let it cook, the richer the broth will be.

How to use celery scraps.

When I eat celery, I usually don’t eat the leaves or the inner-most stalks. I save these celery scraps in a zip top bag in my freezer an pull it out anytime I make bone broth.

In a slow cooker, add all ingredients. Cook on high for about 1 hour until the broth starts to boil.

Using tongs or a slotted spoon, remove the chicken bones, veggies and spices.

This recipe is mostly hands-off. You want to get the broth boiling for the first hour and after that you want to use the lowest setting on your slow cooker. You do not want it to boil, but rather barely simmer. In my slow cooker I use the "keep warm" setting. If you only have high and low, use the low setting.

If you don't have whole peppercorns, do not use ground pepper, it will make the broth murky. Just omit the pepper.

Whole cloves add a depth of flavor to the broth. You will not taste the flavor of clove, but the broth with taste fuller and richer. If you do not have whole cloves, do not use ground cloves. It will make the broth murky and unpalatable. Simply omit the cloves if you don't have whole cloves.

As an Amazon Associate and member of other affiliate programs, I earn from qualifying purchases.

Nutrition information is provided as a courtesy and may not be completely accurate. 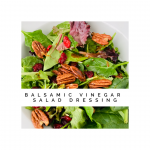 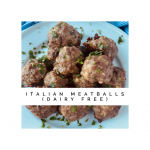